Rääpysjärvi exploration permit application is a 716 ha exploration area situated in the municipality of Tuusniemi in Eastern Finland, eight kilometres north-north west of the Aitolampi project and 30 kilometres south-west of the historic mining town of Outokumpu.

Geologically, the area is situated within the eastern Savo province of the North Karelia Schist Belt (NKSB). Petrologically, the rocks are classified as North Karelian supracrustal rocks. The lithology comprises mostly of Paleoproterozoic sedimentogen mica schists, named historically as Savo schists, deposited into a rift basin adjacent to the Karelian craton.

Historically, the area contained a known graphite quarry and drilling had been carried out by Outokumpu Oy on several target areas in the vicinity of the quarry. The drilling intersected flake graphite associated with airborne electro-magnetic anomalies. High-grade flake graphite identified in outcrops and re-sampled from drillholes associated with the extensive conductive zones at Rääpysjärvi show the potential for undiscovered flake graphite mineralisation.

More recently, several exploration programmes have been carried out in the area. In 2015, bedrock mapping tested the area, however several anomalous areas were still left unexplored. In 2017, further mapping was carried out to follow up the strong aero-electromagnetic anomalies and the GTK black shale interpretations over the area, and to locate the historic graphite quarry. The quarry was eventually located at a low small outcrop ridge and is currently a 10x4m water filled pit 2-3m deep. Sampled flake graphite from the quarry has been assayed to >50% Cg. 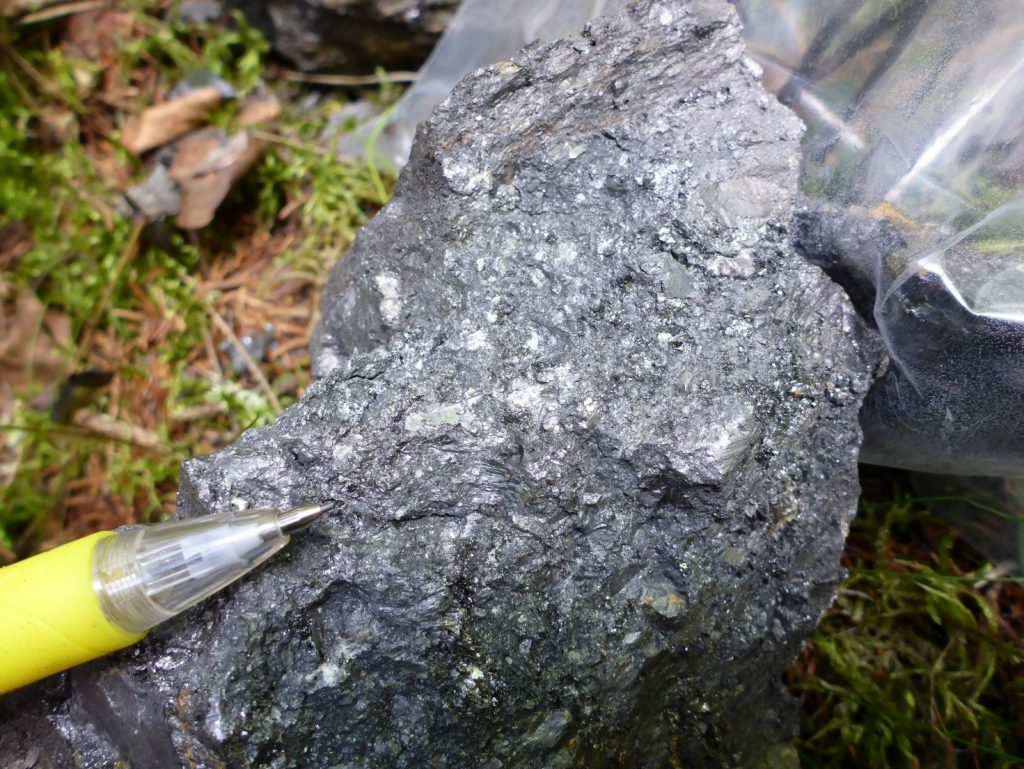 Further assay results from graphite outcrops and boulders in other EM conductive areas have shown grades ranging between 1% Cg and 16% Cg. Re-sampled graphite from nearby historical drill holes have shown various intercepts with grades ranging between 5% Cg and 6.7% Cg, but the quarry itself and its possible extensions remain untested by drilling. 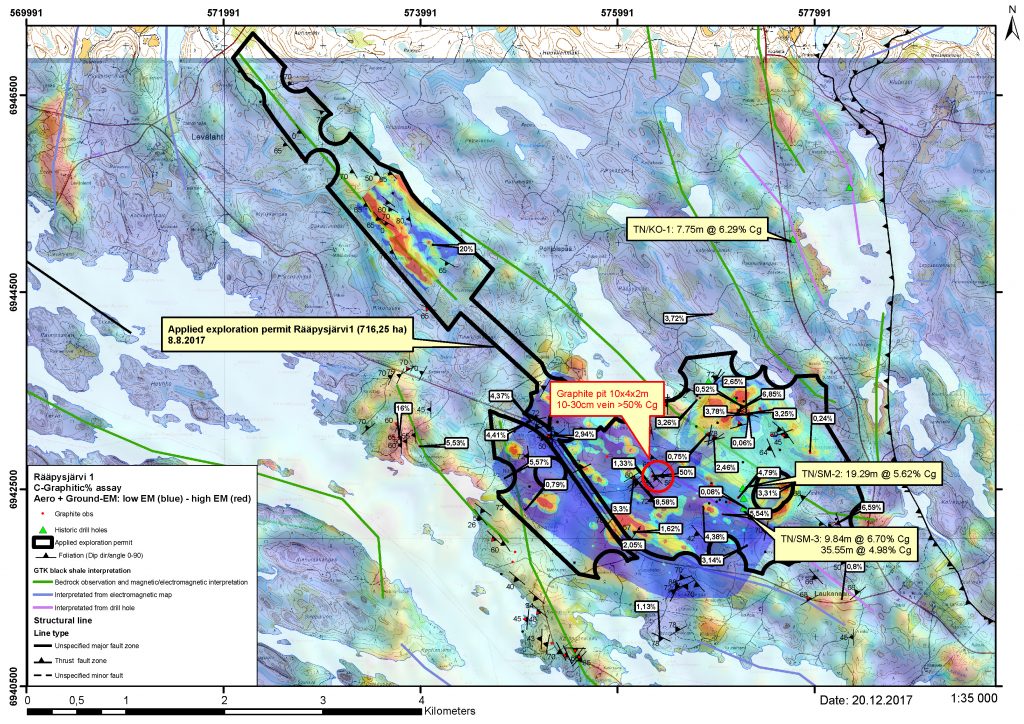 From fieldwork in 2018, a composite of grab samples from historic graphite workings was sent to SGS Mineral Services in Canada, producing a combined concentrate grade of 97.4 per cent TGC, with 18.8 per cent in the large/jumbo flake fraction (+180 micron). The head grade of the composite was 19.8 per cent TGC. The head grade of the composite sample, encouraging metallurgical test-work results, combined with extensive electromagnetic anomalies show significant potential for flake graphite, and support further work.